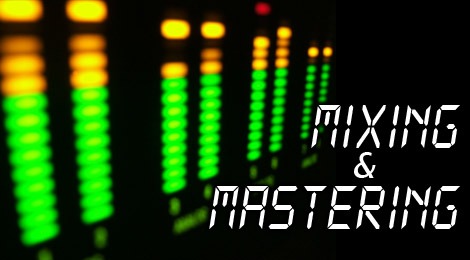 What is the Difference Between Mixing and Mastering

Mixing and mastering music are two separate but equally important parts in the audio production process that can often become blurred and hard to differentiate between.  Basically, mixing is the step before mastering that involves adjusting and combining individual tracks together to form a stereo audio file after mixdown.  The stereo file is then mastered, which ensures that the various songs are clearly polished and  form a cohesive whole on an album.   This defines mixing and mastering in their simplest forms.  Let’s take a deeper look at the numerous other differences  between mixing a mastering. 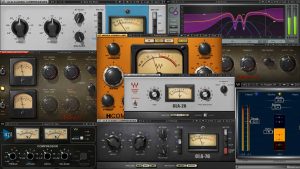 After all of the individual tracks of a song have been recorded, a mixing engineer steps in to work their magic.  They begin by labeling and organizing the tracks into their similar groups.  The song is often Normalized to ensure that the tracks are all at similar volume levels and no tracks peak.  The engineer will then EQ each individual track to get the best tones out of the instruments and use high and low pass filters to eliminate any unneeded frequencies.  The general goal of EQing is to make adjustments that allow all of the tracks to inhabit their own frequency areas.  This allows the song to be clear and each instrument distinguishable.  The same idea is also applied to panning the tracks to get a full, wide sound.  Compression, reverb, delay, and other processors can be added to each track to get the desired tones for the instruments as well.  Manipulating fades and effects throughout the songs with automation can help the engineer control the emotion of the song sonically.  A lot of engineers will switch between headphones and the studio reference monitors to get a consistent sound for their mix on various sources.  After hours of tweaking knobs and faders, and the song sounds as best as it possibly can: It’s time for the mastering engineer to step in.

The mastering engineer receives the stereo track along with some notes and reference songs from the engineer and/or the artists.  This will help give the engineer an understanding of the sound that they are going for and so that the mix isn’t altered in areas that are intended to sound a particular way.  Then, the finishing touches are added to the song by making slight adjustments primarily to the EQ, compression, limiting, and stereo enhancement.  All of the songs mastered on an album are brought to similar levels so the album flows and is cohesive throughout.  Spacing and fades are added to the beginning and endings of  the songs.  Usually the Red Book standard of 2 seconds is added in between songs unless otherwise specified.  Audio mastering engineers often offer sequencing services for albums to put the songs in the desired order, label track names, as well as encode the tracks with ISRC.  The mastering engineer’s primary goal is to provide a high fidelity, high clarity, professional sound that can be enjoyed by listeners on any source.

You could have a great mix without a great master, or vice versa, and still be unable to achieve a professional sound that can compete in today’s music world.  The line between mixing and mastering should never be blurred.  Attempting to combine these two steps into one will only hinder your music and prevent it from reaching its full potential.

Mixing is the process of taking individual audio tracks that make up a whole song and making those parts sound good together. That’s it! We’re done for today. Goodbye. Of course, there’s much more to it but for the sake of simplicity that’s basically what it is. The main thing to understand is the “individual parts” as the audio engineer will have access to each individual track and will therefore be able to manipulate it accordingly.

What does mixing entail?

Audio engineers will aside from adjusting volume levels of the various tracks within the song, also add what are called effects (or “FX” for short) to your tracks to make them have a desired sound. For example, compression and equalization will be added to your vocal track. Reverb will be added to your guitar. Stereo enhancers added to your synths. There are literally thousands of effects an engineer can add to your tracks as well as in various combinations to get different sounds. For example, your vocal track could have effects such as distortion, autotune, compression, equalization, saturation, reverb and delay.

How does an engineer know which effects to use?

To put it shortly, taste. It depends on the audio engineers taste and their experience listening and mixing a particular type of music. Also the old saying, “one must know the rules, in order to break the rules” comes to mind as the rules of mixing change seemingly with every popular release. The difference between the good artists and great artists is that they are able to effectively communicate with their engineer the sound they’re going for as well as have made sure their recording and production all lend themselves to that sound (as a mixer can’t really make a folk song sound like a heavy metal song). Also the difference between a good engineer and great engineer is that they can already guess what sound an artist is going for or trying to go for and lead their sound in that particular direction (i.e. Hey your song could sound like this!). Plus, most experienced audio engineers have not only spent a lifetime acquiring expensive and high quality effects plugins but also know how and when to use them appropriately.

Should I mix my own music?

I recommend every artist attempt to mix their first few songs before they use any online mixing and mastering services, so they have an idea of what goes into the mixing process and so that they can communicate effectively with their mixer, instead of saying things like “Make it sound magical!”. And who knows you might actually become a wizard at mixing your own stuff. However, 90% of the time you’ll get better results if you get an engineer to mix it as they’ll not only provide “fresh trained ears” but they’ll hopefully have had a lot of practice mixing songs.

The keyword here is practice. Just like if you took piano lessons as a kid, you’ll know that you only got better when you kept practicing a ridiculous amount of time, the same goes for mixing. I personally have probably mixed and mastered over a 1000 songs in the last three years alone (I haven’t counted so don’t quote me on that). But you can probably imagine I like most audio engineers have heard it all by now.

Should I master my own music?

No. No. No. Definitely no. Unless you are a glutton for self punishment and have a ton of time to waste plus don’t like your hair that much (cause you’ll be pulling your hair out) then master your own stuff. Mastering is something you want to tackle once you nail mixing or at least understand the fundamentals of mixing well enough. I see mixing as taking a “bottom up approach” as you’re dealing with all the small parts of a song, whereas mastering is a “top down approach” cause you’re dealing with the bigger picture. If you have no idea what I’m talking about, you definitely shouldn’t be mastering you’re own stuff.

How can I tell good mixing from bad mixing?

This may take a little time to develop your ear but the easiest way is to compare. For example, say you mix your song and then you send your song to an audio engineer to mix. Wait a few days to listen to your version and the version the audio engineer sent you and play them back to back on the same system. It should become apparent the flaws in your mix pretty quickly. You’ll also probably not like some of the things the audio engineer did in their version of the mix. A good thing to keep in mind is that mixing and mastering is all about making compromises as it is a bit of a balancing act. There are trade offs that have to be made when mixing a song and the more you mix the more you become aware of these trade offs.

For example, you can’t have loud and punchy 808s with really loud and full synths/vocals. In fact, you’ll notice that the songs that have prominent kicks and bass, have the vocals pulled back a little. In these types of songs the lyrics don’t matter as much, rather the feeling the vocals convey matters more, or in other words the vocals are just another instrument. Obviously, in songs where the lyrics matter most, you wouldn’t hide them behind the instrumentation.

Now you understand the difference between mixing and mastering.